Around 100 kids took to the field at Comerica Park on Saturday morning, as the national PLAY (Promoting a Lifetime of Activity for Youth) campaign made a stop in Detroit. 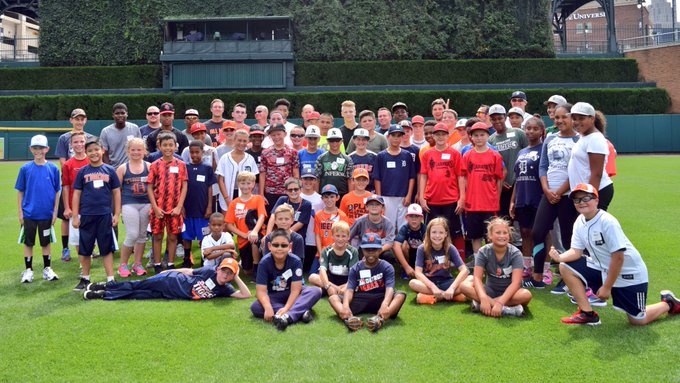 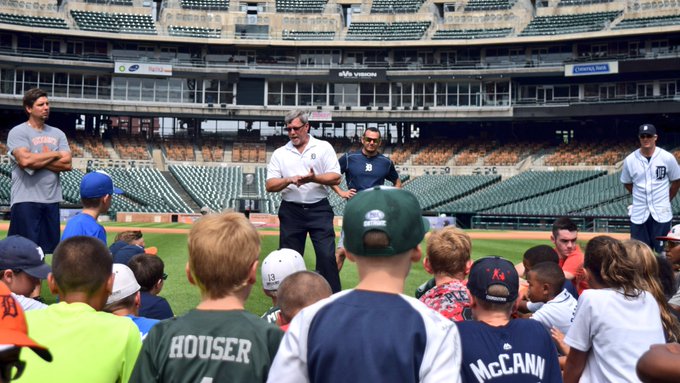 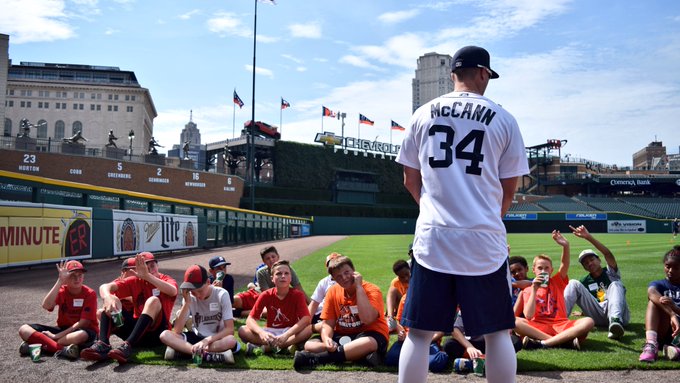 Brian Parker founded the Taylor Hooton Foundation in honor of his friend, who lost his life due to the use of performance enhancing drugs. Parker travels around the country to share Hooton’s story and educate kids on the dangers of PEDs. Parker said it is great to combine education and fun for kids.”It’s amazing,” Parker said. “You can imagine being 9 or 10 years old and being on a Major League field. It’s rewarding just to watch their faces. But what’s really cool about it is, it’s not just them getting to run around on a field, it’s combined with a lot of really important messages.”

Parker, who wore a shirt that said “All me, PED free,” shared Hooton’s story with kids and their parents from the top of the visitors’ dugout before the event began, while Rand shared some important facts about physical activity. McCann frequently wears the same shirt around the Tigers’ clubhouse, as he is part of the Taylor Hooton Foundation’s MLB player advisory board, called the “All Me League.”

Rand has been involved with the PLAY campaign since its inception in 2004. He said he thinks it is important to have a good mix of activity and education.